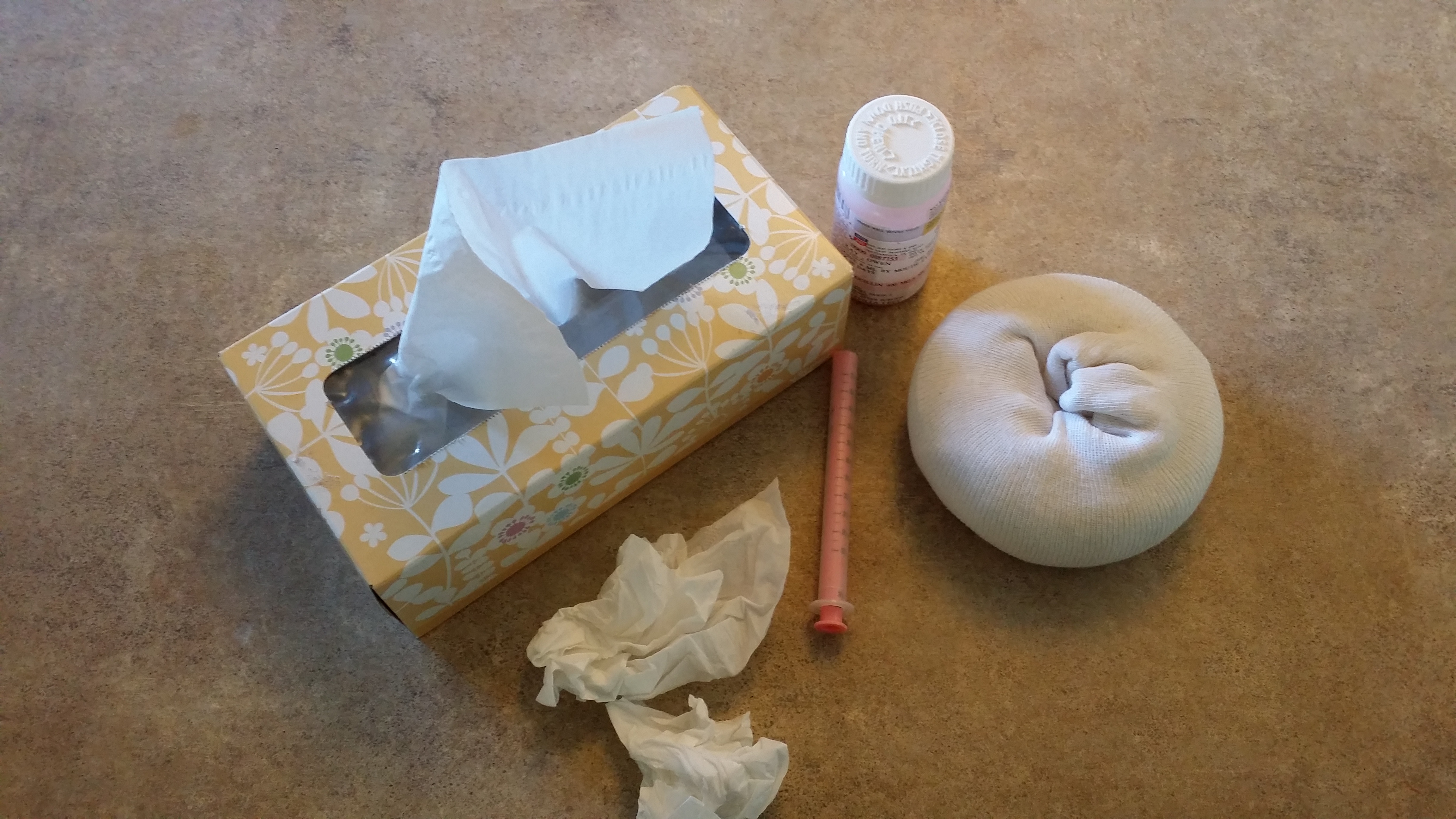 Snot. So much snot… Where does it come from? Is my child’s brain melting and draining from his nose? That’s what it looks like. Two green columns flowing from each nostril to his chest. Good thing they’ve come up with a medicine for this, but oh wait… That’s all over his face too; a pink milky smear of Amoxicillin on his left cheek and to the right a sticky patch of red Tylenol. Which makes sense, right? No reason to think he would actually take the stuff, even if it does taste and smell like cotton candy. Speaking of smell, it’s been nearly two weeks since this kid had a proper bath- can’t get his cast wet.  Oh ya, he has a broken leg. The lesson there is be careful when putting up a puzzle.

Sounds made up, I assure you it’s not. I would post a picture, but I fear I Children Services would pay me a visit. Described above is a snapshot of life in the Kay household for the past week. This isn’t a ‘woe is me story,’ on the contrary; I know many families have a similar story. What’s crazy is that our children survive these stories, crazier still is the fact many parents want more kids even after all the snot and woes.

To add to the chaos I should have included that my wife is 38 weeks pregnant too. There have been moments when Andrea and I look to each other, our expressions asking, Can we handle another baby? I asked myself the same question again when I took Owen to a sub shop the other day.

You know the deal, sometimes you just have to get out of the house. I was hungry, and a particular sub at a particular restaurant sounded amazing. I loaded up Owen; fussy, snot-nosed in a complete leg cast Owen, and we drove off to retrieve my sandwich. Placing my order went smoothly. I held Owen as the worker there adored him with continuous oohs and ahhs. I could tell he was getting more uncomfortable because he kept sticking his fingers up his nose. The sinus pressure was getting to him… Oh the pressure- Had I only known. The worker handed me my cup and I then proceeded with Owen to the fill station. It’s the newfangled kind, one dispenser but with 20 or more choices. I made my selection and started to fill. A kind woman played with Owen’s foot as she waited her turn.

That’s when it happened.

Owen gave me a look I had never seen before. It was a combination of the look that says I’m-about-to-cry-really-hard and the, This-is-new-and-amazing look. He took a big breath that puffed up his entire chest, like the Big Bad Wolf before he blew down a piggy house, except Owen didn’t blow down a house… He contaminated the entire store. Before I could pull a tissue to absorb the blow, Owen launched a full broadside, fully-loaded, snot-rocket missile barrage against the soda dispenser, emptying both barrels. Two separate strings of snot and boogers tethered the machine to a smile that said, Relief, Fun and Can we do that again?

The kind lady wasn’t holding Owen’s foot anymore, nor did she look interested in refilling her soda.

“I’ll get someone,” she said as she walked to the counter.

The worker came with a rag. Her oohs and ahhs changed to ewws and ughs. I honestly can’t remember what happened next, but I do know that my sub didn’t taste as good as I had hoped. Still, I wouldn’t change a thing. I’ll take the snot with the kisses, the leg casts with play time and the cries with the laughs every day. It’s all part of the package. I can’t explain why parents endure the mishaps of child rearing, then again I can’t explain how life is richer and sweeter now than it was before the snot.

I love my boy, snot and all.

← Your Story and the Author of Salvation
Fiction: The Training Ground of Faith →